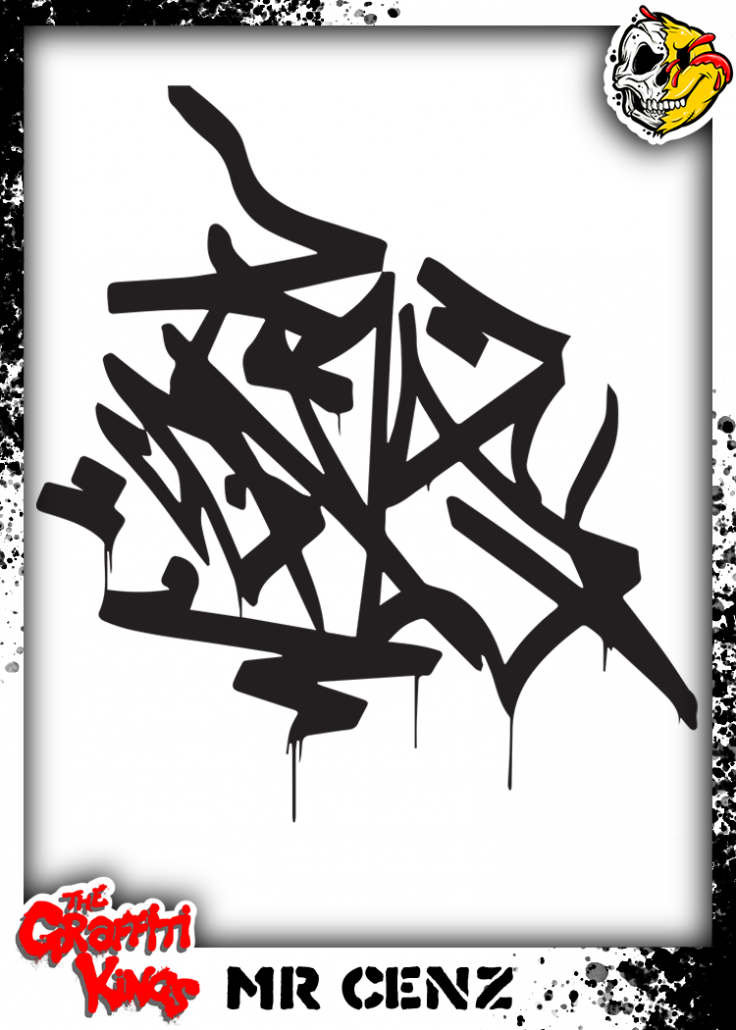 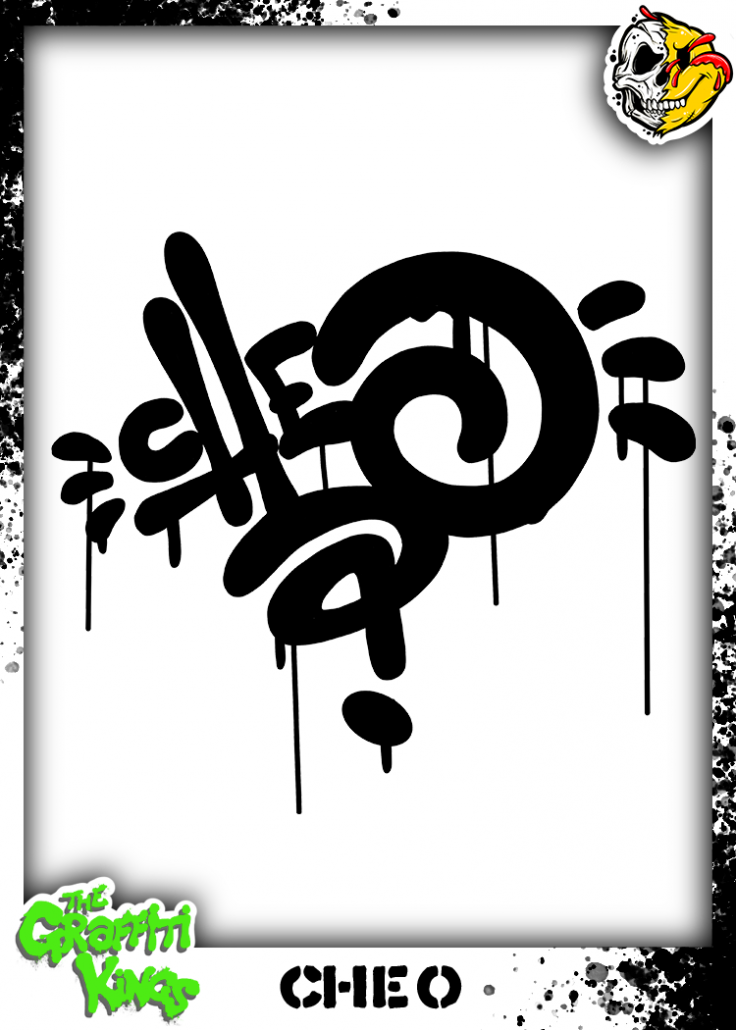 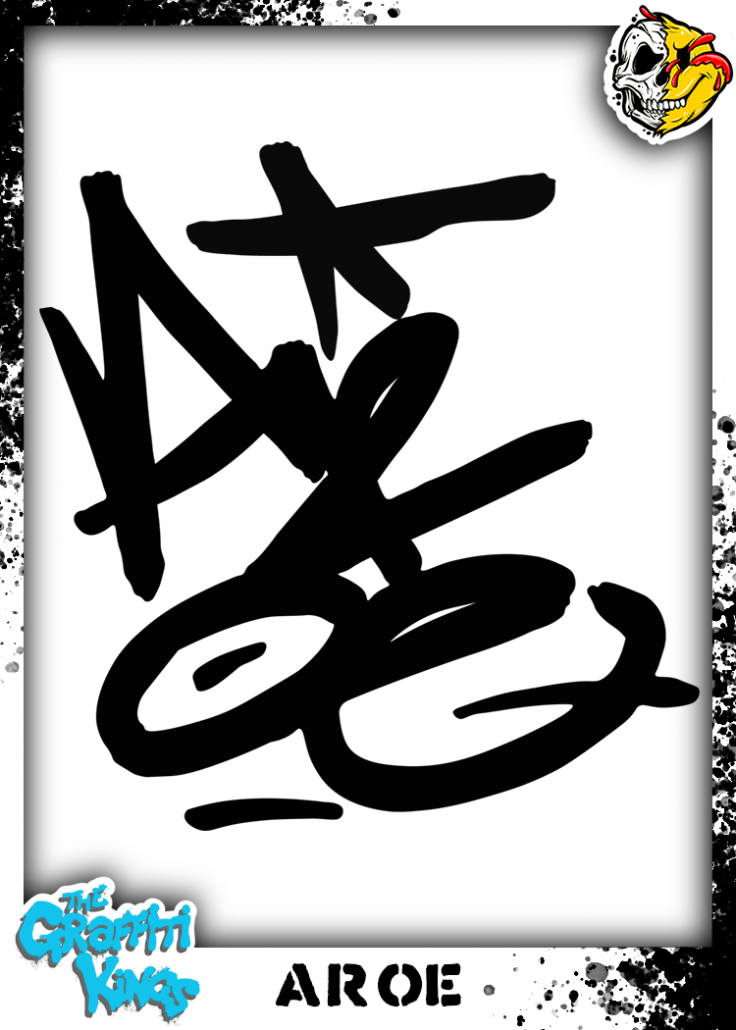 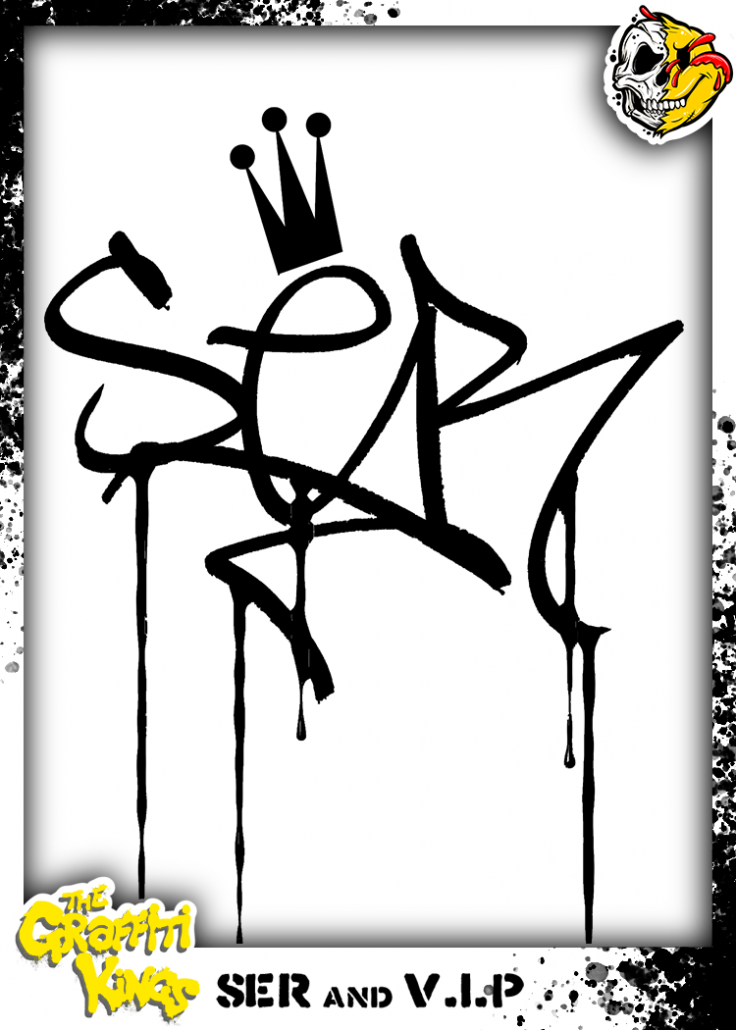 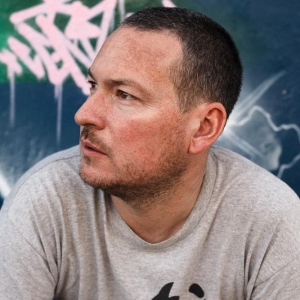 Mr Cenz is a London based graffiti artist who has been scribbling on surfaces since 1988. He creates futuristic and mysterious compositions, which portray strong and spiritual women.

Fusing together photorealism, illustration and graffiti, his distinctive style layers intricate and flowing letterforms, shapes and line work in a uniquely rhythmic way. His work has been described as “surrealist graffiti art for the soul”. 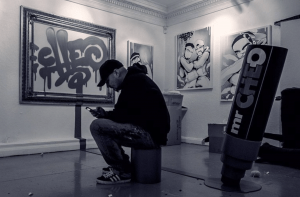 Cheo is one of Bristol’s most well known street artists who began drawing and painting graffiti characters in the mid 1980’s. With a very recognisable cartoon style that has been inspired by the comic book characters of Vaughn Bode. His trademark is a cute bumble bee character which can be seen on most of Cheo’s pieces.

He has walked the walk – he has been arrested for painting in the 90s and has seen his work and possessions being burnt by the police. Cheo has won several awards and should be considered a classical piece! 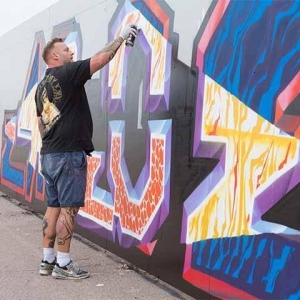 Aroe is a renowned British graffiti artist born in 1970. Inspired by graffiti in South London in the early 80s, Aroe started tagging and became a member of MSK street art crew. He lives and works in Brighton, UK.

Prolific graffiti artist Aroe is widely considered one of the most influential and innovative names in the subculture of British urban art.

A master of his craft, Aroe’s large-scale murals are free-form, each one hand-painted without the use of stencils or projectors. Many of his limited edition print releases also feature hand-finished elements for a unique touch and a collectable appeal.

Inspired by Hip Hop culture – through Malcolm McLaren’s ‘Buffalo Girls’ video in 1990 – Aroe began creating graffiti at the age of 13. Before he had entered his twenties, Aroe had become a member of the world-famous graffiti crew MSK (Mad Society Kings); and, by the mid-2000s, had co-founded Heavy Artillery, one of the UK’s most notorious graffiti crews. Loved and hated in equal measure, Aroe’s contentious posse have divided the urban art scene like Marmite – and altered the face of the graffiti forever. 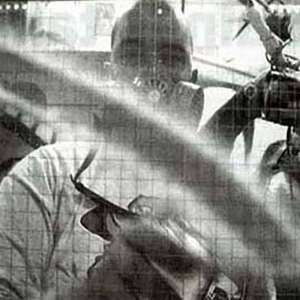 Graffiti artist Darren Cullen aka SER from South London began his graffiti career way back in 1983 aged 10 years old, at the very birth of British graffiti.

His path in graffiti started like many graffiti artists with the birth of hip-hop culture in the early 80s. Exploring every aspect of the graffiti-writing scene SER found himself emblazoning his name across the streets and walls of London. This led to a greater need to increase his presence to the public so began the systematic destruction of the train networks and rail infrastructure across the UK & the world.

There then comes a point in every graffiti artist’s life when their illegal activity becomes of great interest to the Police and having a prison cell as a second home isn’t that appealing so SER needed to rethink. This spurred SER into forming the Graffiti Kings collective with some of the world’s best graffiti & street artists to go legit and take on the world.